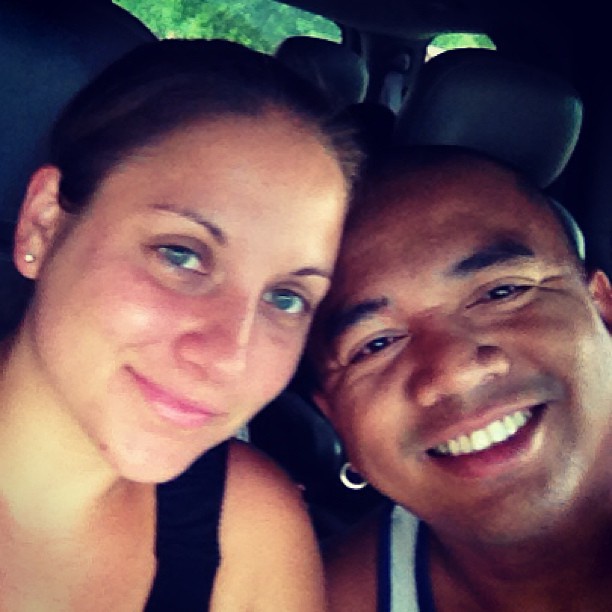 Here is the story of the third of 5 Lovebirds that I set out to interview as part of my life coaching business, working with couples. I figured the best way to get people involved was to get them involved! And I did that by asking if I can interview them. I am passionate about romance. Read more to find out what they had to say! And an extra special Happy Valentines Day to these two, it’s their 15th year anniversary!!!

These two would open up an orphanage at their first opportunity. She is the sweetest, most gentle person, and he is the cool dude who couldn’t live without her. She sets out the strategic plan and he brings the power to execute it. Together, they are an amazing balance of oneness.

Cheri: I went to Winnipeg Adult Ed to do some upgrading so that I could get into a massage therapy course. I had to upgrade my math. I was focused on school. That’s the only reason I was there.

Jaime: I was upgrading because I had moved from the Philippines recently. I sucked at math. I was sitting at the back of the class with my big ear phones on. Cheri was way up at the front, she was really pretty up at the front. And she had some Filipino friends, so I knew I had an ‘in’. [We laughed. ]

Cheri: I didn’t know that he was trying to get my attention. I would wonder to myself “Why does he wear those big head phones and dress like that?”

Jaime: I had a Princess Leia thing going on, they were so big.

Cheri: So he started to make his way closer to me, one seat closer at a time, and closer and closer. And eventually he was next to me. He tried to ask this girl to switch – she was pregnant and almost due. I said “She`s going to be gone to have her baby soon, can’t you wait till then to take her spot?”.

Jaime: All of my friends liked her and thought she was hot. And we would all sit around and wait for her to walk by. I decided to ask her for help with my math.

Cheri: I don’t think we even worked on his math.

Jaime: I genuinely needed help with my math. They look at each other, trying to prove each other’s story. Laughing.

Jaime: We would go to the Y together, downtown to work out after school. I asked Cheri to come out for something to eat with me and my friends. There were a bunch of us. She was like one of the boys.
I knew she was cool right away. I admired that she was genuine. She was really interested in teaching me math.

Cheri: It was so funny because we went out to eat burgers and they were taking so long to eat and every time they would take a bite from their burger, they would all stop to wipe their faces with a napkin and it was like they were all in unison. I thought “What is wrong with these guys? They can’t even eat a burger!”

Jaime: We were all shocked because we had a girl eating with us. We didn’t know what to do. We forgot how to eat. Plus I was really impressed, she finished her whole burger.

Jaime: I liked that right away – a girl that likes to eat. I don’t have to be shy around her. I can eat what I want and not get hungry.

Cheri: My grandma really liked him. I used to take care of my grandma. So Jaime would walk me to her place and sometimes he would come in and help me do her laundry.

Jaime: Yeah, I thought she was great; it was awesome that she took care of her family. I was brought up like that. That was important to me.

Cheri: He was always very supportive and helpful towards me and my family. I used to bring my little sister out too.

Cheri: We became really close. We hung out all the time, in a group of friends.

Jaime: We used to ask each other about dating other people. We never thought of us dating. One night, a bunch of us had plans to go out and she was going to set me up with one of her friends.

Cheri: We went out to a bar, a bunch of us. And I saw Jaime dancing with this girl I set him up with. And I saw them holding hands. Suddenly, I felt this bad feeling in my stomach. Just like..ugh..this isn’t right.

Jaime: She was holding my hand. I wasn’t holding her hand! And I tried to buy Cheri a drink. But she didn’t accept it. She said she wasn’t drinking. And then I saw her later at the bar and some guys showed up and bought her a drink and she took it.

Cheri: That wasn’t what it looked like. It was some really good friends of my late cousin, I couldn’t say no. They had looked out for me. It would have been rude for me to say no.

Jaime: So I saw that and was like, I’m done. I’m going home. I’m not having a good nigh anyway. That was February 13th.

Cheri: So the next day, I was at my Grandma’s. She asked me where Jaime was. I told her “I gave him away to another girl, Grandma”. And she said “What? Get him on the phone right now.” So I had to call Jaime. My Grandma took the phone.

Jaime: So her grandma called me and said “I heard you were mad at Cheri?” and I said “I’m not mad at her, I love your granddaughter.” And she said “What? You love her?” and I went “Wait, wait..” Laughing.

Cheri: My Granny handed me the phone and said, “Cheri, he loves you.”

Jaime: It was getting late. But we decided to hang out that night. It was February 14th. Fifteen years ago this year.

What is admired the most.

Cheri: I admire that he is hard working, he is committed and he provides for us. He is so laid back, outgoing and community minded. I am too, but I would do something in the community; like make a donation, but he goes out to volunteer. He has high energy. He’s a good father, he’s faithful. He’s honest. He is my best friend. There is nothing we can’t talk about, I don’t ever feel like he is going to judge me and we have a good team effort.

Jaime: Cheri and I grew up together. She has a good sense of direction. I always say that if it weren’t for her, I’d still be living in my dad’s basement. She keeps me straight. I can just be me and she is my best friend. She’s good too, she can read people, she’s so good at that and I trust her for it. She helped me grow. She lets me spread my wings. We have good team work.

Cheri: Again I would have to say community involvement, he really gets involved and we go along with him, he’s helped raise so much money for so many things and it’s just because he likes to do it, not for recognition. It’s all outside his own work.

Important foundations to a healthy relationship:

Cheri: Communication, making sure to say the small things to show each other you appreciate each other, remembering to put your partner first, trust, being friends. Date night, holding hands! Gratitude, telling your partner that you love them.

Jaime: yeah, telling them that you love them, courtship, nurture your relationship

Cheri: We never argue. When we have disagreements, we have discussions. Especially when it comes to the kids, we discuss everything. We play a lot and do a lot of activities as a family. We are always doing activities.

Jaime: Cheri said to me the other day “we haven’t done something as a family in a little while, because it’s so cold outside”. I said “what do you mean? We were outside shovelling all together the other day!” [continues laughing].
If you settle and get comfortable and stop impressing your partner, your relationship will crumble.

Cheri: It is so easy to get busy.

Jaime: You would turn into room-mates, and you don’t want that. Make all the time you have alone into a date. Going to wal-mart can be a date! Be creative and make the time if you want it to work.

Cheri: We went to Vancouver for three days and saw Justin Timberlake and Jay Z. It was perfect.

Jaime: We also went to go and watch an NBA game, it was so nice to get away. We got lost when we were in Vancouver, we went into Stanley Park and we got lost. It was a good thing we were on motorized bikes. It was such a hot day!

Jaime: Do kids count? I would have to say Jeremiah. [Their 12 year old son].

Cheri: Yeah, Jeremiah bonded us for real. We’re really not into material things.

Advice to yourself on your first date:

Jaime: Lost the hat & pick up your pants! [Breaks out with laughter again.] I thought I was so cool. And save money.

Cheri: We were young when we moved in together and were having a baby. I would say ‘just relax’. We were always penny pinching and stressed.

The most fun in your relationship:

Jaime: Every day is fun. Activities with the kids, enjoy the family. We just bought a cabin and we are looking forward to our first full season in the cabin.

Cheri: We enjoy each other constantly.

Jaime: We are not shy to show each other affection.

The awesome in your relationship:

Jaime: Filipinos are loud. We have great big birthday parties. But it was the first time with Jaime where we had cake and opening up gifts like that.
What inspires your relationship

Cheri: He is always determined. We got our starter home when we said we were going to, he’s always made sure we had a home for our family.

Jaime: She always had a plan for us; she knew what steps for us to take toward our goals.

Cheri: You just have to put it out there. Put out the intentions. You both have to want it.

Three words that describe each other:

Jaime: Grounded, smart, loving. What I love is that she has no reservation. Nothing is fake. Like with the burgers, there’s no play. I’m hungry…eat the burger!

Jaime: Celebrating milestones. [He looks at her]. I know it’s been 15 years but it doesn’t seem that long.

Cheri: It’s the little things that we appreciate. Acknowledgement of each other. I’m happy with a slow-dance.

Jaime: Oh, that’s one of the secrets…a solid play list!

Jaime: Forgive and move forward. This is a team. And don’t stop dating. Have dreams and goals. Cheri is the planner. She has clear vision. We put it into action. Love what you do together. Make it fun. Play. Volunteer together.

Business, Diversity, Leadership
Jessica is the President of Jessica Dumas Coaching and Training. She is a known facilitator and Indigenous Advisor who uses her passion and knowledge to help businesses create more diverse and inclusive teams. Her solution-based training focuses on understanding the Truth and Reconciliation Calls to Action, specifically number 92, and strategies for Indigenous engagement and employment. 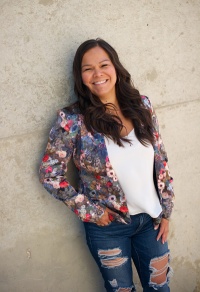